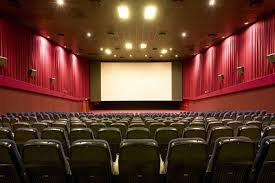 Our Autumn 2018 season of film screenings starts in September

The relationship between writer AA Milne and his son, Christopher Robin, and how this became the inspiration for Winnie the Pooh.

The final Viceroy of India, Lord Mountbatten, is tasked with overseeing the transition of British India to independence, but meets with conflict as different sides clash in the face of monumental change.

Certificate 12A.  This film was released nationally in 2017.

In May 1940, the fate of Western Europe hangs on British Prime Minister Winston Churchill, who must decide whether to negotiate with Adolf Hitler, or fight on knowing that it could mean a humiliating defeat for Britain and its empire.

Certificate PG.  This double Oscar winning blockbuster was released in 2017.

The journey that led to Charles Dickens’ creation of “A Christmas Carol,” a timeless tale that would redefine Christmas.

Certificate PG.  This terrific movie was released in 2017.

Our film screenings are shown in the small hall, where they are projected cinema style onto a large screen.  Just like a big multiplex, but much more friendly.  Tea and coffee will be available after the film, but sorry we don’t have hot dogs for sale.